Which blogging platform to choose?

I could have picked:

A quick search shows that WordPress is the dominant blogging platform today. Not surprising, it always has been. But I had used WordPress before and did not like it much. WordPress has many themes and plugins available. Too many. You could spend hours trying out free themes or plugins, maybe even go for paid ones, only to find out they are missing some feature or have some significant drawbacks. For example I found one really nice theme once. However it did not support styling well. I had to manually change the style of headers all over the blog because the header styling setting did not work well.

After searching some more, I stumbled on this blogging platform I had not heard of before: Ghost. It turns out Ghost was founded in 2013, and written in Node.js. I actually do not care if it is written in Node.js or another language. What attracted me was that:

My host is a VM machine from Digital Ocean. It has many services running on it:

The value of Docker is that in one command, I can set up a Ghost environment that is separate from the host. It includes Node.js, a NoSQL database, and of course Ghost. I do not have to worry whether this version of Node.js is the same as the ones that my other apps require. I don't have to manually install NoSQL and worry about which version I am installing.

Fortunately there is an official image for Ghost on hub.docker.com. The documentation gives the following command:

This sets up an environment that runs Ghost, but it is only accessible from the machine serving it. Not very useful!

Remove the old one:

Start a new one with port forwarding:

Now I do not want to lose all my blog data if I ever delete the Docker instance. So I set up volume mapping. Whatever is stored in the Docker image's /var/lib/ghost/content folder is mapped to the host VM's ~/wafrat_blog_data folder. Now I can set up automated back up on this folder.

The last issue was when I clicked on the Home link on the blog, or if I clicked on the RSS feed link, it would redirect me to http://localhost:2368. In the page settings, I can override the Home url to be /, but it does not fix the RSS feed link. A quick web search led me to this GitHub issue on the Ghost Docker image. It turns out you have to set an environment variable when running it. However it is not documented:

After more than a year since I first set it up, it was time to update Ghost. I used the Ghost docker image documentation and this other blog post that describes how to update an image.
The basic idea is that your docker container is running an image, and you can't change that image, not even to update it to a newer version. You have to stop that container, delete it, create a new container based on the image at the desired version.
The Ghost docker container doc says that before upgrading to a new major version, you should update to the latest version of your current major version. I was at 1.8.0, and wanted to upgrade to 2.4.0. The latest at major version 1 was 1.25.0. So I first upgraded to 1.25.0, exported my data to a JSON, then to 2.4.0. I was supposed to import that JSON into the new blog. But it turned out that 2.4.0 was able to read my data folder fine.

Here are the few commands I used: 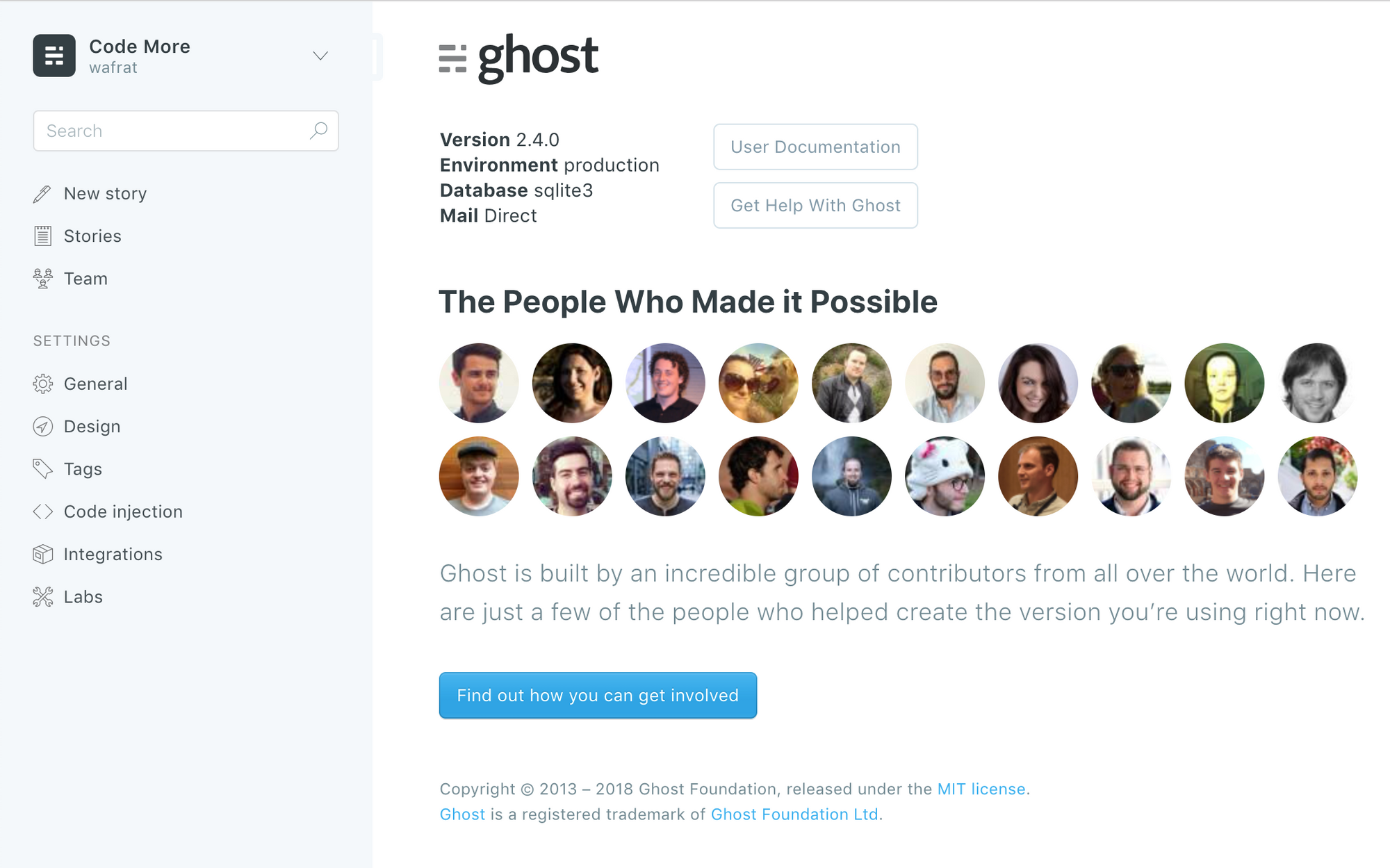 Ghost does not provide analytics or commenting out of the box. It is surprising since most others like WordPress or Medium do. Fortunately the documentation explains how to add them via "app integrations".

This is straightforward. Set up a Google Analytics account, then add the tracking snippet to the blog header in the Code injection tab.

Now let's check that it works. I open blog.wafrat.com/beginning-android-day-1/ with Developer Tools open. See the last line collect?v=...? That's the Analytics beacon. It sends information to Google Analytics: what type of event is being tracked (in this case a page view), what the URL is, what the browser is, etc.

Going from version 0.0.1 to 1.15.0 in order to support Dart. It seems like you have to single handedly pick which languages you want to support: 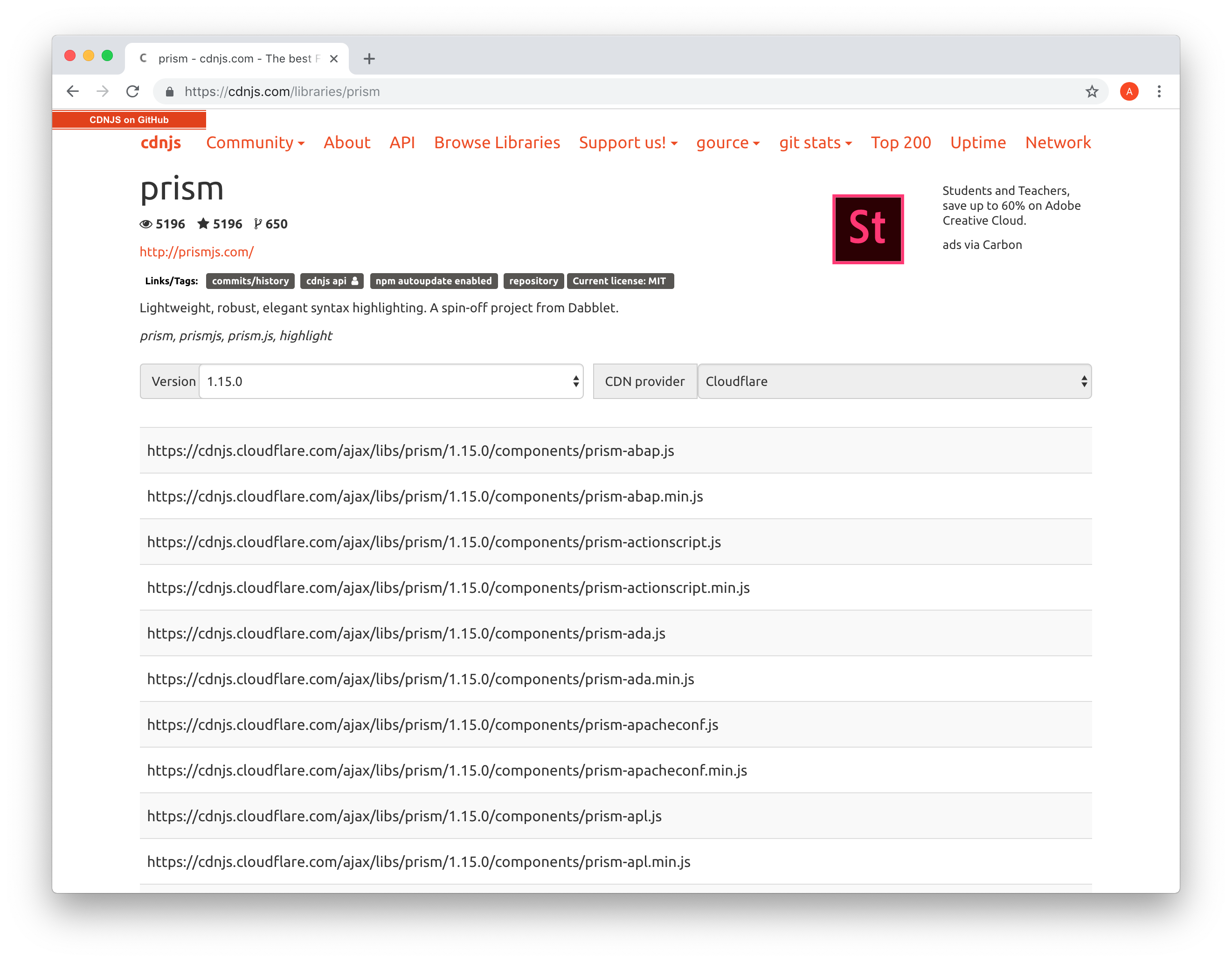 So I opted for:

I have always liked sequence diagrams to illustrate how different parts work together. I use http://sequencediagram.org/. It is a free tool that lets you write sequences in text, then export the resulting diagram to SVG with no watermark.

Enter your email
Subscribe
I recently got back from a trip to Japan and it made me want to learn basic Kanji again. It would help decipher restaurant menus and navigate the city. Besides it's really fun to figure it out. This a-ha feeling never gets old. As soon as I got back home,
This data comes from KANJIDIC. Henshall Guide 52 Tuttle Kanji Cards 52 Henshall 239 Sakade 488 Crowley 714 O'Neill's Essential Kanji 960 Kanji & Kana 1231 Kanji & Kana (2011 ed) 1264 Gakken 1389 Kanji in Context 1437 Japanese Kanji Flashcards 1439 Remembering The Kanji 2683 Maniette 2704 Kodansha Compact Kanji Guide
There are many packages to make screenshot tests in Flutter. I've been using the first-party Flutter tool. See https://api.flutter.dev/flutter/flutter_test/matchesGoldenFile.html. Basic usage As explained, it's pretty straightforward. You write your expectation as: await expectLater(find.byType(MyWidget), matchesGoldenFile('goldens/my_widget.png')); Then